Does a Mahjong set exist that has both the symbols on it and the English meaning? (So my kids can play but also pick up some of the words...)

Would be nice if it weren't terribly expensive (want a set for kids/family to use...)
Top

Westerner sets often come in this fashion (although the full word isn't written, only the first letter. There is an ever going debate about the pros and cons of these tiles versus starting with unmarked tiles, though...
Top

Yellow Mountain imports has multiple set styles with Roman numerals and Arabic letters on them. 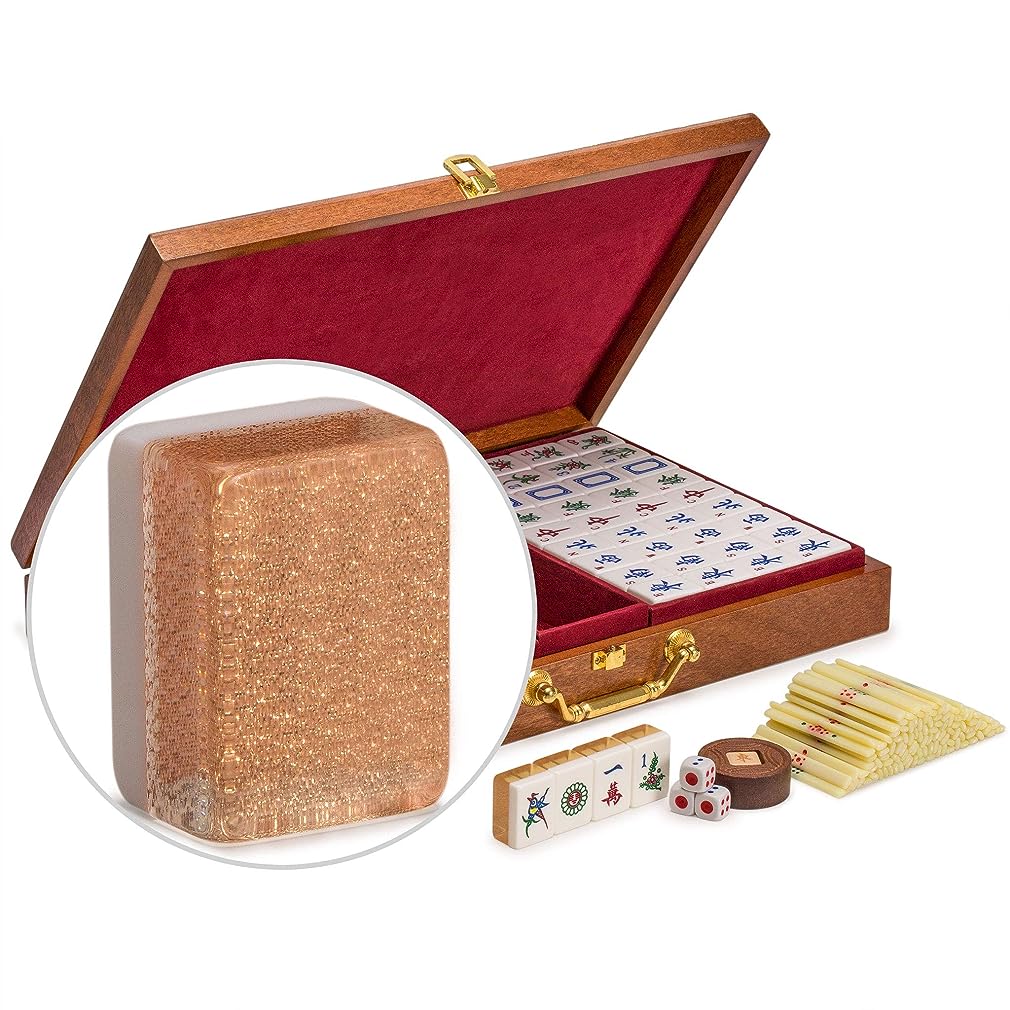 If you want cheap, Toys Я Us carries a really cheap mahjong set. It's the one I let my kids play with. If you get them the Toys Я Us set, be sure and throw the rules away before you give it to them. They are the worst mahjong rules known to man.

Hi camper and welcome to the forum.

Such sets are common and obviously helpful for learners (especially for kids). However since there are only really ten kanji to learn (the numbers 4 to 9 and the four winds) most players will soon be able to read these and some will then wish for the elegance of unmarked tiles. On export sets the winds are usually marked E/S/W/N and the dragons R/W/G, or even Red/White/Green or sometimes C/P/F (based on Chinese terms).

If your goal is to teach a language then learning to read the Chinese/Japanese number characters is a very useful skill, but you can do that with any tile set (and a cheat sheet). It's also worth noting that the terms used in Japanese mahjong for the numbers and winds differ from those used in the Japanese language.

If your goal is to teach mahjong terms the names of the tiles are only a minor and less significant part of the full range of terminology.

Hopefully they have the Arabic numerals (123...) and Roman letters (ABC...) that are used in English.

Barticle wrote:Hopefully they have the Arabic numerals (123...) and Roman letters (ABC...) that are used in English.

Yeah. Those are good too.